How Endovascular Treatment Can Help Patients Recover Faster After a Stroke

Act F.A.S.T. urges a popular stroke awareness campaign aimed at educating people to recognize the most common symptoms of a stroke and react quick... 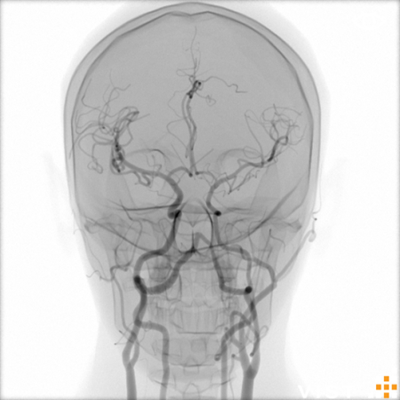 Act F.A.S.T. urges a popular stroke awareness campaign aimed at educating people to recognize the most common symptoms of a stroke and react quickly: Face drooping, Arm weakness and difficulties in Speech? It is then Time to call the emergency and seek help.

Stroke is the third leading cause of death in the world and the leading cause of disability in western countries. Recent clinical evidence has however shown that those cases in which stroke is caused by blood clots in large brain vessels are less likely to result in death or disability if the blockage is removed early.

Randomized trials have now become the standard for evaluating the safety and efficacy of a particular drug or an intervention for subsequent approval in clinical practice. Between 2014 and 2015, the medical community has welcome the results of seven randomized clinical trials that involved thousands of patients and a several hospitals around the world. The results have shown that endovascular therapy (mostly stent-retrievers) is highly beneficial, as compared to intravenous injection of thrombolytic drugs alone, in patients with occlusions in large vessels up to six hours after the stroke onset.

The goal of Endovascular Treatment (EVT) is to remove the clot that occludes a large brain artery using a clot retrieval device. Treatment can restore blood flow to the tissue at risk, otherwise known as “penumbra”, before it progresses to infarction. The latest studies show that patients treated with intra-arterial thrombectomy demonstrated better functional outcomes than patients treated with medical therapy alone, measured as a degree of independent life 90 days after treatment.

Among the reasons for successful recanalization and better outcomes, one is the progress made by the industry in designing stroke-dedicated technologies and devices. Less sophisticated devices, often borrowed from other disciplines, were used in the past as clot retrievers, producing disappointing results in clinical practice. But these sets of tools have in a short period evolved to more modern devices designed explicitly for being used within the intracranial vessels. One such example are the retrievable stents, or stentrievers, as they have became known to the interventional community.

A stentriever is a tiny wire cage attached to a catheter. It is threaded through an artery in the groin to the blocked artery in the brain. The physician opens the stentriever trap the clot and extracts it to reopen the artery. Stentrievers are often used in combination with aspiration catheters that literally vacuum the clot and its fragments that otherwise may migrate into other more distal vessels and create a new stroke. With this new technology, successful recanalization and reperfusion rates are now above 80 percent, reflecting in good neurological outcomes, being seen more frequently in patients that are given the chance to have this endovascular treatment.

It is now a matter of making sure that stroke patients are taken to hospitals where specialists are on-hand to perform the clot-removing procedure. Awareness of the importance of reducing the time to brain reperfusion highlights the need for an efficient workflow of the stroke treatment. Not every hospital can, or should, perform endovascular stroke therapy, because it is a complex procedure even when in the hands of a fully trained interventional stroke team available 24/7.

As we now know that delaying treatment results in worse clinical outcomes, all delays should be minimized: from symptoms’ recognition to patient referral to the stroke center, to rapid imaging that demonstrates large-vessel occlusion and volume of infarcted brain tissue, to sedation or general anesthesia, to femoral artery puncture, to thrombectomy and finally to reperfusion of the brain tissue.

At the beginning of a revolution in organizing effective stroke treatment

It is clearly a matter of local and national organization of all people and functions involved to design an efficient and harmonious process; it is clearly a topic for public health policy makers to make impactful decisions in resources allocation: to reinforce the already active and trained stroke teams and at the same time train and equip new ones where needed, and then assure that the network around them is well designed to refer patients to them in a timely way.

We are at the beginning of a revolution in organizing the treatment of this pathology and new ways of doing things will have to be planned. Telemedicine will probably have an increasing role; mobile units equipped with diagnostic imaging might further speed up the process. Maybe even revisiting the ambulance system might contribute to increasing the chances of restoring blood flow in an oxygen-deprived brain: TIME IS BRAIN, we hear more and more at medical meetings around the world.

Several guidelines have been published in 2014, 2015 and 2016 and they are being updated as new data becomes available. Those recommendations dictate indications for performing mechanical thrombectomy: patient selections in regard to timing of symptoms onset, location of infarct, severity of conditions, use of approved devices and adjunctive medical therapy.

Standards of training and experience levels of the operators are also being discussed and training curricula will have to be rapidly put in place to assure that thrombectomy specialists will be reachable. Besides all this, alignment of the health economic systems is needed for the appropriate management of this growing discipline. Treating more stroke patients will cost money on one side. But it will translate into huge savings of the resources that today are allocated to assisting stroke victims who are often neurologically impaired, representing a cost in medical resources, jobs lost for them and their family members who are often assigned to the role of caregivers.

Prompt endovascular treatment can save lives and reduce disability

A new body of evidence has demonstrated that prompt endovascular treatment of a selected number of patients victims of ischemic stroke can save lives and reduce disability. It is a truly exciting moment in the history of medicine, made possible by diligent researchers, passionate scientists, inventive engineers and visionary policy makers. There is still a lot to do to defeat stroke, but the direction looks promising.

Now it’s all about time and FAST is the way forward!

What are your thoughts on endovascular treatment for stroke? Let me know in the comments below. Also, feel free to contact Mentice for information about our training solutions for endovascular stroke treatment.

Thank you! Your submission has been received!
Oops! Something went wrong while submitting the form. 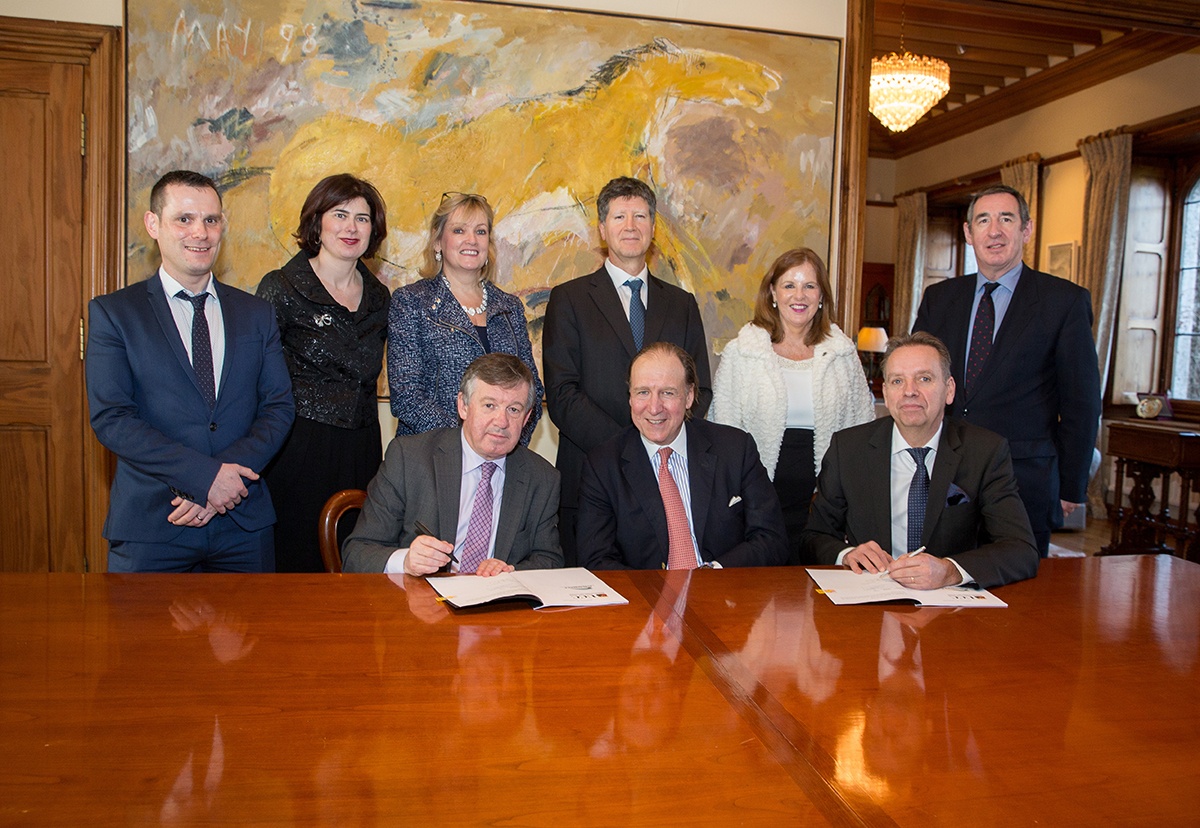 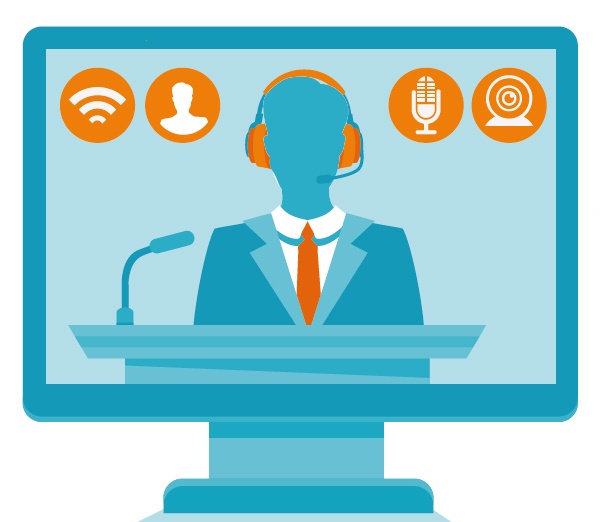 How to create a webinar on your Mentice simulator

USING THE MENTICE SIMULATOR, you can build web-based knowledge transfer experiences at a low cost and with a high degree of efficiency.